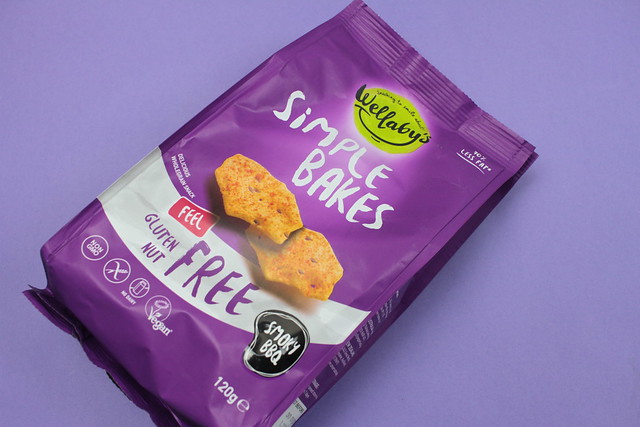 Have you tried Simple Bakes yet? They’re a new tasty wholegrain snack form the folks at Wellaby’s. They’ve been creating gluten free snacks such as Lentil, Hummus and Pitta Chips since 2006. Simple Bakes are their new creation and to me, they’re a cross between crisps and thin crackers. They have 70% less fat than regular crisps and are free from GMOs, gluten, nuts, eggs and dairy – YAY!

There are 3 flavours in the collection; Smoky BBQ, Pinch of Sea Salt & Pepper and Spicy Chilli. I was kindly sent all 3 and thought I’d share my thoughts on each of the flavours with you today. 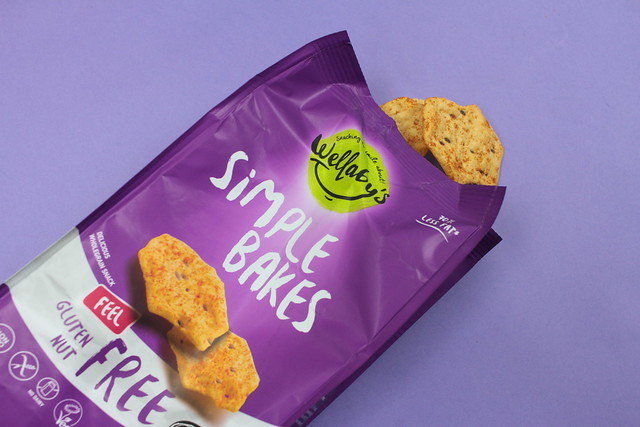 Although I enjoyed all 3 flavours I think my favourite bag of Simple Bakes was Smoky BBQ. I seem to have a bit of a thing for anything with a BBQ flavour at the moment. They had a really good crunch to them and a strong BBQ flavour. The BBQ was more of a deep smoky flavour as opposed to a sweet one which I really enjoyede. A lot of BBQ crisps I’ve come across before tend to be quite sweet.

These Simple Bakes went down really well on their own and worked well dipped in hummus. I want to get hold of some dairy free cream cheese to try with these next time. I’ve noticed that a lot of BBQ crisps contain dairy so it’s been nice to find Simple Bakes as a dairy free alternative. 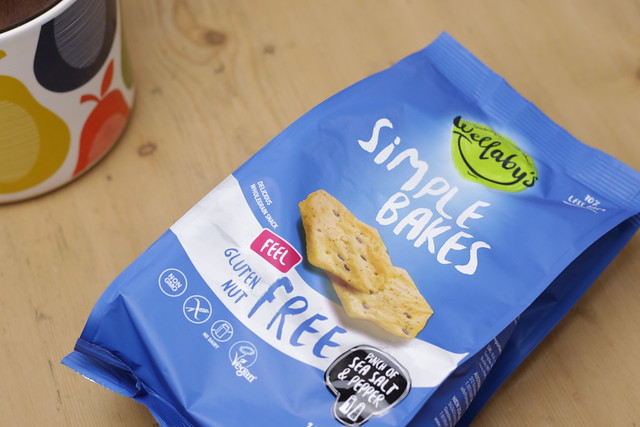 The Pinch of Sea Salt & Pepper bakes were also really good and they really do have such a satisfying crunch. They have a nice warming flavour with a little hint of sea salt too. Again I think these would be delicious with a dairy free cream cheese spread on top but they were perfectly tasty on their own. I put these into a big bowl when my friends came over the other day and they didn’t even realise they were GF. 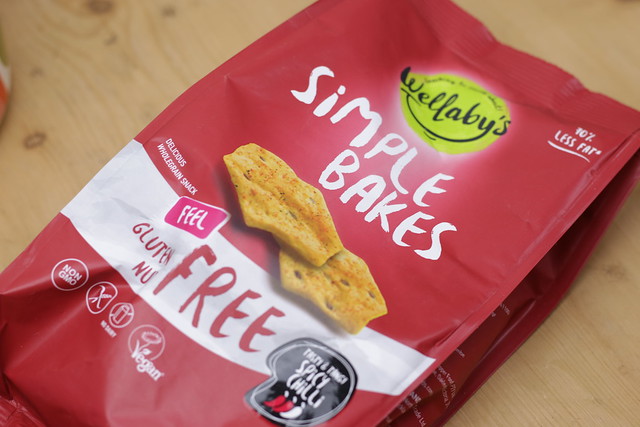 Finally the Spicy Chilli were well enjoyed by P and I. They had a fantastic spicy kick to them which makes a pleasant change. All too often spicy crisps are more sweet chilli than hot and fiery. I’ll probably pick up another bag of these to keep to hand when friends and family are visiting.

The bags are pretty big (120g) and are perfect for sharing with a group of friends or family. If it’s just you enjoying them then you might want to grab some clips so you can enjoy them throughout the week and still keep them fresh. I’d love to see some smaller ‘grab and go’ style bags.

Have you tried the new Simple Bakes from Wellaby’s?